EDHECinfra Announcement
How much do investors in Russian airports stand to lose?

International sanctions have to date had little impact on the value of Russian airports, but their apparent resilience may not last. Large losses are to be expected if the crisis continues.

In a new research note, EDHECinfra shows that international sanctions have only destroyed a fraction of the value of Russia’s airport sector so far. As of March 2022, revenues lost to foreign airspace closures and the higher risk premia of Russian assets have reduced the value of private investments in Russian airports by less than 5% on average. This relatively low figure is in part due to the fact that most of the air traffic that makes up Russian airport revenues is domestic.

However, the research also shows that these losses will quickly increase as internal traffic starts to decline in 2022, and until 2025, following the loss of access of Russian airlines to foreign parts and maintenance. EDHECinfra considers a 5-year crisis scenario during with Russian air traffic is reduced to a quarter of its current value in the next three years. In this scenario, the combined effect of lower revenues and the hike in risk premia and interest rates creates losses for investors of a quarter of the value of their holdings.

“Investors will lose at least 25%,” says Frederic Blanc-Brude, one of the co-authors, highlighting that the scenario assumptions can be seen as conservative, since they exclude any long-term consequences beyond a period of five years. “Not all private assets would survive these conditions,” he says, “but this is an average.”

The research emphasises that sanctions that impact cash flows can only go so far when it comes to infrastructure. “With 30 to 50 years of future cash flows,” says Tim Whittaker, another co-author, “even deep cash flow shocks do no reduce long-term value that much, as long as they are short-lived. We also saw this with Covid lockdowns.” The real armour-piercing sanctions, the researchers say, are the ones that increase the cost of risk, that is, the fair value discount rate. “With ‘risk-based’ sanctions, like ones that apply to the Russian financial sector,” says Blanc-Brude, “the impact on fair value is immediate, and exponential.”

The Russian state may not worry about market fair value, but international investors do, whether they are oligarchs or pension and sovereign wealth funds.

The most important airports in Russia are currently owned by oligarchs, but international investors in infrastructure are also exposed to Russian airports and have invested at least USD10bn over the past decade. They include Japanese, European, Middle Eastern and Singaporean investors. The resilience of their investments will be greatly tested by the current crisis and if sanctions were to stay in place longer, the relative absence of Russian technological sovereignty would create even larger losses.

EDHECinfra® is a venture of EDHEC Business School and a provider of indices and analytics for the infrastructure investment universe. Because the majority of infrastructure assets are not publicly traded, there has traditionally been a vast knowledge gap when it comes to gauging the prices of these assets and their evolution. We are closing that gap with analytics and calculated indexes that already cover 25 countries representing an investable universe of 7,000 companies. We are based in Singapore and London. Visit edhec.infrastructure.institute

EDHECinfra maintains the infraMetrics® platform: an online information system that gives access to key market indices including the infra300® and infra100® series. InfraMetrics also includes a wealth of valuation data and analytics, risk metrics, a fund strategy analysis tool providing robust performance quartiles for any segment, strategy or vintage, and peer group analyses allowing investors to compare themselves against comparable segments of the market. 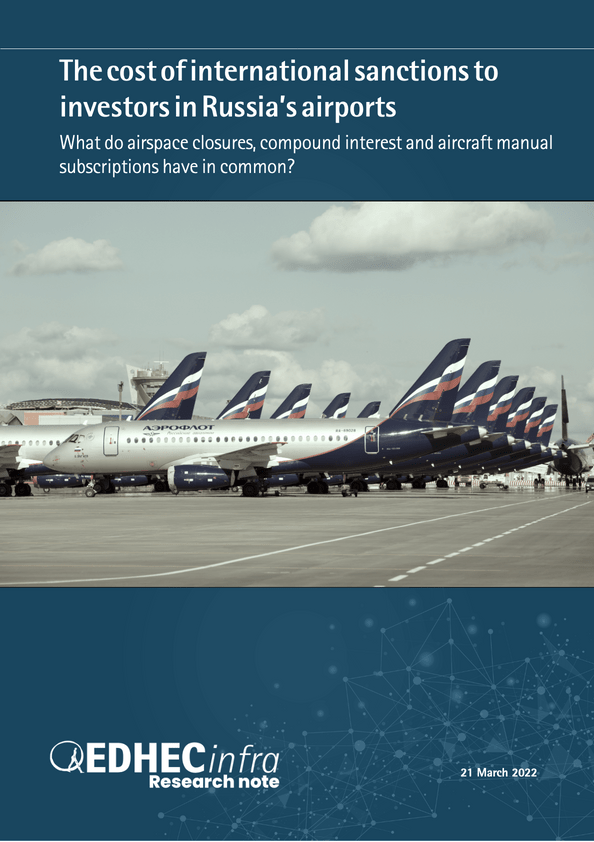