The paper – Tome La Siguiente Salida (Take the Next Exit) – A Case Study of Road Investments Gone Wrong, Spain, 1998-2018 – is based on detailed financial data on each of the concession companies as well as in-depth interviews with individuals representing the public and private sector directly involved in the collapsed projects.
Despite the discipline of project financing and the presence of a blanket government guarantee in case of bankruptcy, equity investors were wiped out and their lenders booked losses of 90 cents on the dollar. How and why did these projects fail?

The detailed analysis of the events that led to the bankruptcy of all but one of the nine toll road concessions shows how case studies can be a valuable tool for understanding risk for investors.

Governments can procure privately financed infrastructure projects in ways that magnify moral hazard and create systematic risk for investors. In the case of the Spanish toll roads the simultaneous procurement of multiple large projects in a single national market, and extremely aggressive financial structuring meant the projects could not withstand the twin shocks of rising land expropriation costs and falling traffic volumes.

But nor should the Government have covered lenders’ losses despite the guarantee that covered events of bankruptcy. The authors use a series of models based on Game Theory (the theory of strategic bargaining) to show there was no incentive for the private sector to restructure the failing concessions and it becomes rational for the public sector to let the projects fail. There were no bad guys, just rational actors. 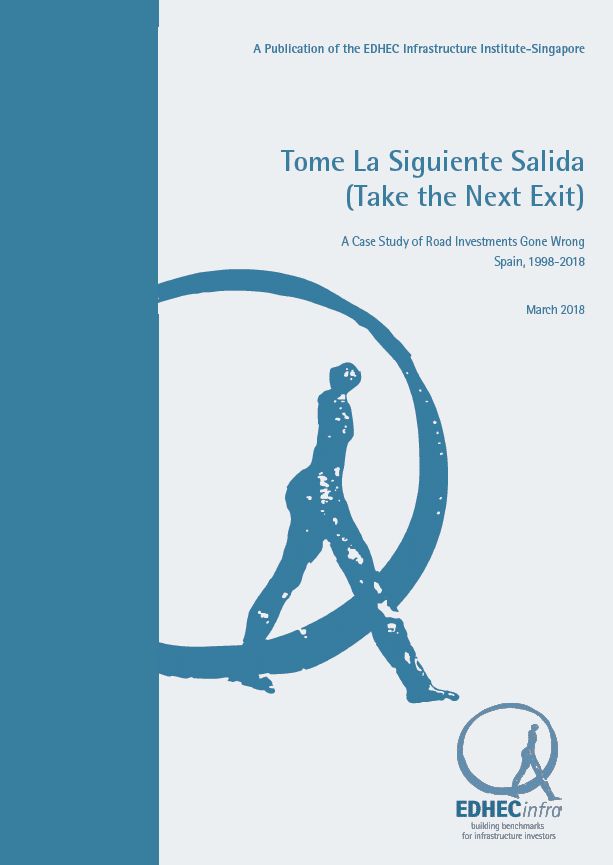