The high level of tolls on privatised highways is a sensitive matter in French politics. This research paper on the adequate level of tolls on French roads is prominently featured in a report released by the Senate Investigative Committee on the control and regulation of highway concession contracts and highlights the failure to set tolls using fair benchmarks.

The report of the Senate Inquisitive Commission on the “control, regulation and development of motorway concessions” published today highlights the findings published by the French Transport Regulatory Authority (ART) on July 31, 2020, according to which the overall return (both historic and expected) on the capital of motorway concessions in France is between 6.4% and 7.8%. If we adjust these figures to take into account the cost of debt on the balance sheets of the various road concessionaires in France, the average return on equity is between 27% and 35%, which has not equivalent in Europe. This fine financial performance has a cost: the high level of tolls collected on French highways users.

In a new publication from the EDHEC Infrastructure Institute entitled “The cost of capital in motorway concessions in France – For a modern approach to toll regulation”, the authors of the study, Noël Amenc and Frédéric Blanc-Brude show that such levels of profitability are not justifiable in view of the risks incurred by the concessionaires and do not correspond to the risk premiums observable in the investment markets for private infrastructure equity.

Based on a database that measures the cost of equity risk for different types of infrastructure projects over time, the authors demonstrate that the weighted average cost of capital (WACC) of motorway concessions in France has fallen by an average level of 6% to 2% in ten years, due to the rise in the prices of this type of asset, highly coveted by investors (which leads to a fall in the risk premium), and a permanent fall in the cost of debt coupled with an increase in the indebtedness of these same companies.

“It is the WACC that determines the toll increases negotiated with the government, reminds Noël Amenc: the higher the WACC, the more the tolls must increase to cover the new works. For 10 years, the government and the regulator have accepted a very high WACC of between 6 and 8%, which led to approving increases in tolls that cannot be justified given the reality of the cost of risk for the shareholders of the concessions. ”

The study shows that if a cost of capital closer to the reality of the market were used by the state in its negotiations with concessionaires, the tolls charged to users could be considerably lower. “With a lower WACC by one percentage point, we could lower tolls of 15% on average without undermining the economics of the contract, concludes Frédéric Blanc-Brude. In fact, the rate used by the Ministry of Transport is several percentage points above the cost of risk actually borne by shareholders. ”

In its report, the Senate calls for no longer renewing or extending these contracts and to seek a new concession model including regular review clauses which would take into account the evolution of the cost of capital of private investors.

Unfortunately, it leaves this necessary evolution to future lawmakers, as current contracts continue to run. “We can only regret that the 2015 negotiations on the extension of concession contracts failed to make them fairer. Knowing that they still have 20 years of income to collect, we could imagine a slightly less wait-and-see attitude from the legislator. It should be possible to find a fairer framework sooner for the tolls paid by motorists in France” conclude Noël Amenc and Frédéric Blanc-Brude. 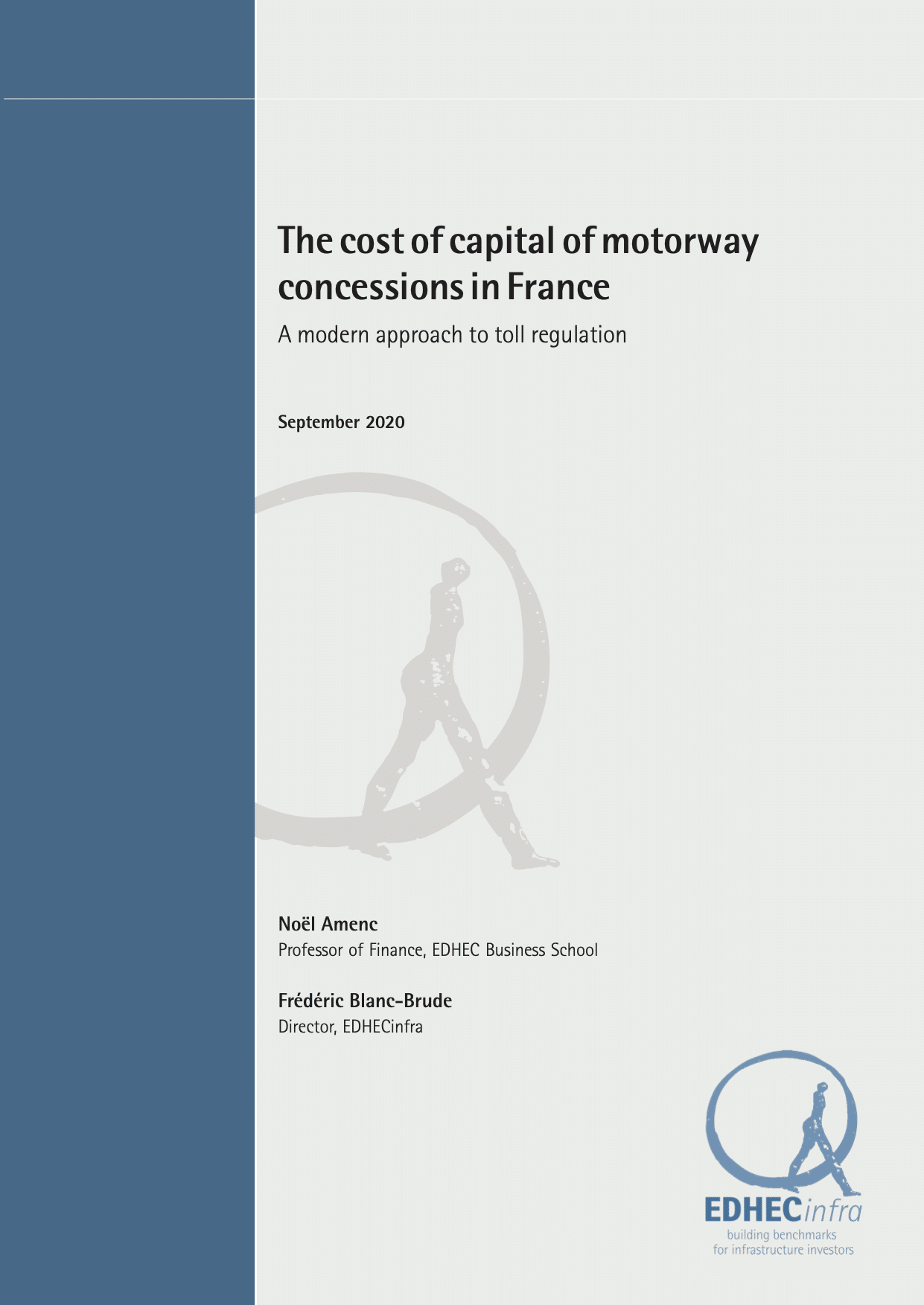