EDHECinfra Post
Superannuation Fund and unlisted assets, why the fuss?

There has been a lot of commentary in the Australian financial press about superannuation funds exposure to unlisted assets and how this is putting retirement incomes at risk.  Grant Wilson in the AFR ($) wrote that:

“The failure by super funds to write down unlisted assets appropriately has created a dangerous instability(sic) that could cost ordinary Australians their life savings and needs to be urgently fixed.”

The core of the argument is that unlisted assets, as there’s no easily observable market price, are a risk when market down turns hit.  Whilst market downturns affect everyone’s retirement savings, unlisted assets, including infrastructure don’t pose any more risk to investors than any other asset class.

As with other investors, superannuation trustees have looked to diversify their portfolios and Australian superannuation funds have been leaders in this, particularly in infrastructure.  APRA reports (Table 3d) that industry funds in Australia have 8% of their portfolios allocated to unlisted property and another 8% allocated to both domestic and international infrastructure.  Why would the trustees allocate so much of their portfolios to these unlisted assets?  The answer is the quality of the returns.  EDHECinfra reports that their broad-market annualised 10-year return for infrastructure equity is 13.18%.  Compare that with the annualised return for the MSCI World or S&P200 return of 6.93% and 4.81%, respectfully.  Furthermore, EDHECinfra reports that unlisted infrastructure reports the standard deviation, a measure of risk, over the same period of 12.85%.  Compared to the MSCI World’s of 15.64% whilst the ASX200’s was 14.80%.

With that sort of risk-return performance, it is understandable why trustees allocated a large proportion of their portfolio to infrastructure.  So, it raises the question then, why is there a large outcry about these allocations now?

What is the issue with unlisted assets?

This early redemption of funds creates two major issues.  First, it brings into consideration the liquidity of the funds themselves.  Superannuation funds have a long-term investment horizon.  In most cases, members make contributions that they are unlikely to draw on for many years in the future.  As a result, most superannuation funds should, if they acting in the interests of their members, be heavily invested in all asset classes and keep very little cash on hand.  Now with the hardship provisions allowing early redemption, funds have to find the cash to pay their members.  This is ok for funds that invest solely in listed assets, the active market means it is easier to sell and pay their members.  For funds invested in unlisted assets, selling the assets to raise cash for redemptions is difficult (it typically takes months to buy or sell unlisted assets).  This can mean that the superannuation fund may end up selling its more liquid assets, resulting in missing its asset allocation targets, or taking massive haircuts on the unlisted assets to try and sell them quickly.

Second, and more importantly it highlights the issue of fairness.  Members invest in all assets in what is essentially a common pool.  When you withdraw your savings from the pool, the managers pay out your share of the holdings.  This all works well if the asset values are all current, you get your share of the holdings and people that don’t redeem keep their holdings in the same proportion.  However, if you allow for redemption just after a major economic shock, then there’s a very good chance that the asset valuations for hard to value assets is wrong.  This results in what is analogous to a bank run in a well-capitalised bank.  Whilst the assets are still valuable, it becomes advantageous to redeem your assets quickly to ensure that you are paid out at the higher, stale valuations and leave those assets to the other people in the fund.  In essence, the members remaining in the fund wear the losses, whilst the people redeeming don’t.  Obviously, this isn’t a fair situation.  This appears to be the main argument that Grant Wilson is making.  However, the analysis he conducts and conclusions, that essentially all superannuation funds shouldn’t invest in unlisted assets is flawed.

Why is the analysis and discussion about them over blown?

Let’s first understand why the analysis conducted is flawed.  The key analysis that was conducted was comparing all infrastructure holdings in superannuation funds to three listed stocks.  These are Sydney Airport, Transurban and Atlas Altera.  True the performance here isn’t great, but this is an incomplete analysis.  The Global Listed Infrastructure Organisations (GLIO) recognise two more stocks listed in Australia that were excluded from the analysis Austnet Services and APA Group.  If those returns are included (-11.87% and -20.61%, respectfully), then the fall in infrastructure valuations doesn’t look as bad compared to the ASX return of -26.26% over the same period.

What is interesting is that three stocks cited in Grant Wilson’s opinion piece were all in one sector, transportation.  This is obviously a sector that is badly affected by lock-downs around the world.  Generalising conclusions based on one sector, despite investors holding diversified portfolios is a pretty big bow to draw.  If you include other infrastructure sectors, such as electricity and gas transmission and distribution the generalised conclusions would change.

An equal-weighted portfolio of GLIO’s electricity sector returns an AUD return of -13.78% over the period 1 January to 31 March.  Whilst some superannuation funds are heavily exposed to transportation infrastructure, others hold significant holdings in electricity, water and gas distribution, all sectors that have held up incredibly well given the covid-19 shutdowns.  This goes to show, the analysis of three stocks should not tar all infrastructure investments, let alone other unlisted investments.

We are at the beginning of a major economic shock, valuing assets is difficult, adding an extra layer of complexity is finding the liquidity to pay the early redemption of superannuation for the people doing it tough.  However, these difficulties do not support the suggestion that superannuation funds should shy away from unlisted assets.  Infrastructure assets, even though they’re unlisted provide better risk-adjusted returns than the listed alternatives.  To suggest that these assets are riskier purely because they’re unlisted makes very little sense.  A better valuation framework for these assets, with more current valuations is a better alternative than banning this asset class and leaving the members poorer as a result. 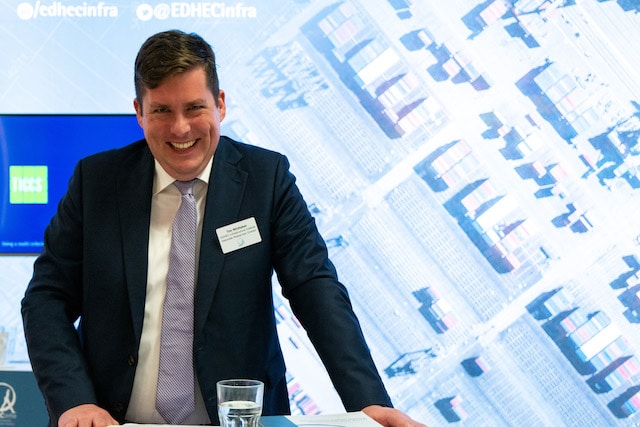