Over-charging and under-investment: is the model broken?

Private investment in European roads is under fire once more. The typical charge against the ubiquitous motorway concessions crossing France, Italy or Spain is that, as quasi-monopolies, they have a nasty tendency to under-invest and over-charge. This assertion is taking on new meaning as road infrastructure ages, and lack of sufficient maintenance and investment could lead to new catastrophes like the Morandi bridge collapse. Populists, not only in Italy but also in the rest of Europe, have even concluded that the deaths are a direct consequence of the concessionaire’s search for the highest profits.

But are they right?

Without overreacting to the Genoa tragedy, it’s certainly worth asking the question of whether the European model of private road concessions is fit for purpose. And all the more so given that the Juncker plan, not to mention a myriad other grand designs for European transport corridors, envisage much more private investment in infrastructure.

Is Autostrade per l’Italia a bad egg, or do we need a different model to invest Europe’s long-term savings in its road network without facing the charge of low quality and excess profits? Let’s look at the facts and figures:

It is easy to imagine Autostrade letting the Morandi bridge suffer under increasing heavy vehicle traffic without taking sufficient action to maintain it, allowing it to deteriorate until it was too late. This bridge certainly needed to be closed and re-built, but under-investment in this kind of infrastructure asset is a more pervasive problem, driven by the regulatory framework of the European road sector.

Looking at data we have collected here at EDHECInfra will enable us to better understand the behaviour of road concessionaires in Europe. We will be better armed to answer the big question: is there a more sustainable and scalable approach to private road investment projects?

The problem with Autostrade

A tale of two operators

Comparing Autostrade with two of the largest French road operators, SANEF and APRR, a clear distinction can be seen. Autostrade is a very large company, with 2,800km of road network, it reports €23 billion of assets in 2017. That’s between twice and five times as much as the French concessionaires. They operate networks on a similar scale, albeit not quite as large (2,000km and 2,400km). This relative costliness of the assets is not necessarily good news for the Italian concessionaire and stems from inherent geographic differences. Italian roads are really a succession of tunnels and viaducts. These are more expensive to build and maintain than the typical highway crossing the French countryside.

That aside, the investments and maintenance behaviour of these firms does not seem very different. In recent years, Autostrade spent the equivalent of 50% of its revenues on operations and maintenance (OpEx), inline with both French concessionaires. Autostrade actually spent 20% of its revenues on new investment (CapEx), subtantially more than the 13% of SANEF and APRR.

It boils down to revenue

The main difference between Autostrade and the French concessions is their ability to generate enough revenue. In 2017, Autostrade’s revenues represented 17% of total assets, while its French peers achieved ratios of 30-40%.

The two French road operators are also much better at turning a profit. Return on Assets (ROA: profits over total assets) are almost twice as high, 8-10%, against 4.5% for Autostrade. Despite lower revenues and profitability, Autostrade paid 75% of its profits as dividends in 2017. However, this still leaves it behind the two French concessionaires, which paid out close to 95% of profits as dividends.

These simple observations lead to the conclusion that, contrary to the hasty claims that followed the catastrophe in Genoa, the poor maintenance of the Morandi bridge is not directly due to Autostrade seeking excessive profits for the benefit of its shareholders.

However, this observation should not mask two questions that are important in regard to the situation with Italian motorways and the sustainability of their infrastructure.

Answering these questions would require comparing the productive efficiency of these firms, which is hard to do. But a look at the bigger pictures of private road concessions in Europe can provide some insights.

EDHECinfra tracks infrastructure projects worldwide, including 63 European road concessionaires. These can be divided in two groups. The first, ‘merchant’ roads, collect tolls from users, as Autostrade does. The second, known as ‘contracted’ roads, receive a fixed payment from the public sector for building a road and meeting service specifications. These might include the likes of average speed or the number of accidents.

By design, contracted roads do not have a funding problem, lest the government defaults. These concessions were granted to provide roads as a service, for multiple decades at a pre-agreed price. Merchant roads, by contrast, rely on actual traffic flows and tolls paid by users for their income.

Contracted roads can serve as a de facto benchmark for merchant ones. They have fixed revenues and service requirements, which they typically meet, hence their ability to be cost-efficient is transparent. Meanwhile they have no revenue risk, hence investors do not require a premium for traffic risk.

Mature contracted roads in Europe (more than 10 years old) achieve an ROA between 2.5% and 6% with some variation. In the UK, the long-run average is 6.5%, more recently trending up at 8.5%.

Is profitability a concern?

Dividend payouts (as a proportion of profits) are high in contracted roads, typically in excess of 100%, with an average of 168% for UK roads in recent years. Indeed, the profitability of contracted roads and other public-private partnerships has been the object of frequent and growing criticism. In comparison, merchant toll roads typically pay out between 30% and 90% of their profits as dividends.

By this standard, Autostrade’s ROA seem low, considering the traffic, construction and maintenance risks inherent to the infrastructure it operates.

The risks taken with merchant roads are real. Amongst the roads tracked in the EDHECinfra database, even after at least 10 years of operations, about 20% of concessionaires experience negative profits at one moment or another. This is especially the case for Spanish and Portuguese companies. Conversely, contracted roads seldom lose money.

Despite the political ambition to channel long-term savings into infrastructure, Europe has no clear model for its privately-run highways. One the one hand, the contracted model puts funding burden on tax payers and can create politically unpalatable cash cows. Moreover, this model is not scalable at the level of the continent.

On the other hand, merchant toll roads are very variable investments. Some are cash cows, many are not, and quite a few have gone bankrupt for lack of sufficient traffic.

Autostrade finds itself stuck in a low-level equilibrium. It probably cannot invest enough, especially considering the size and complexity of its network, without higher revenues. But profits and dividend payouts will be in short supply if it fails to invest enough to keep aging infrastructure safe and viable.

A regulator for the whole of Europe?

A solution could be the creation of a Europe-wide regulator of highway concession contracts. This entity’s role would be to strike the right balance between the need to make concessionaires invest (including in maintenance) while allowing them to earn a sufficient return, all the while setting tariffs at a reasonable level.

It is a familiar quandary in the world of infrastructure. It’s also one that policy makers cannot ignore or avoid for too long.

Advances in benchmarking the performance of private infrastructure make it more straightforward to set a fair rate of return. A transparent and credible model to regulate infrastructure investment would enhance its development as an asset class on the continent.

* We wish to thank Tim Whittaker and Silvia Garcia for their help collecting the data. 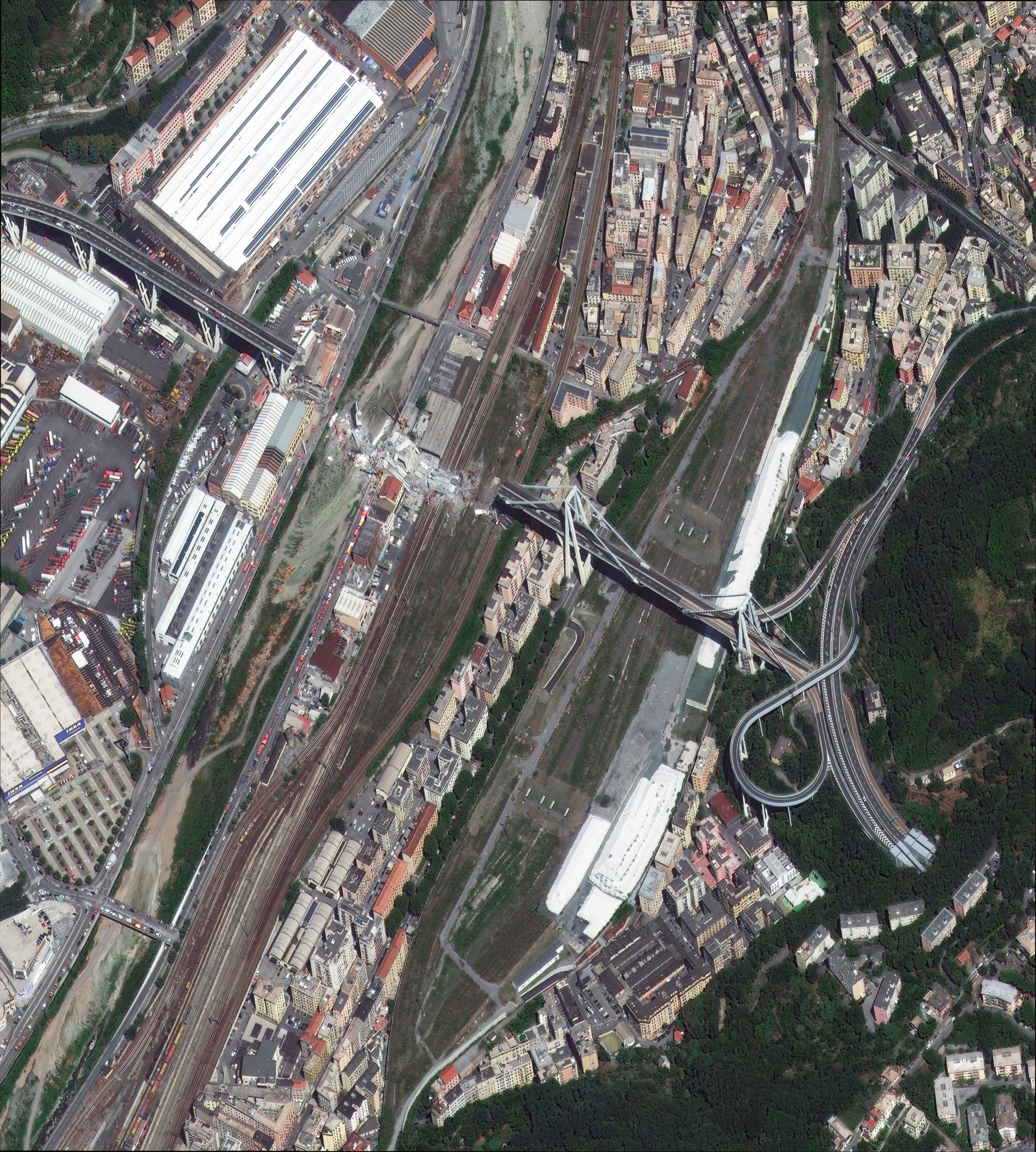